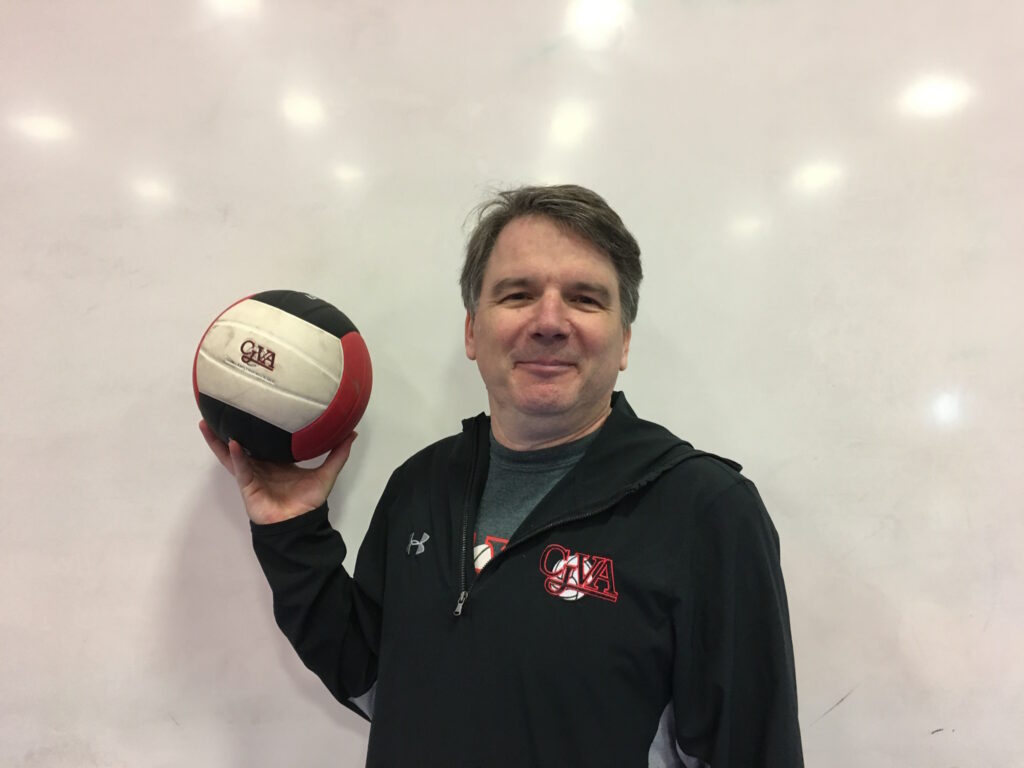 Coach Hugh started playing in the 1980s in the Adult division of what is now GEVA. He started coaching when his two daughters expressed interest in playing.

Starting in 2009 with a young 13s team, Coach Hugh has continued with that age group throughout his CJVA career. This included earning a bid to USAV Nationals in 2011 with his 13 Red and GEVA 13 Club Champions in 2017 with his 13 Black. He has also served as the Mentor Coach for 13s and 14s for the last two years. In addition to leading our younger teams he has assisted at older levels and helped 15 Black to an American bid to USAV Nationals in 2014 and 16 Black to an American bid 2015.

Encourage all players to move beyond what they are doing now to greater achievements, both individually and as a team. Drills start with the basics and then add new elements to bring new skills. The encouragement has to come from more than just the coach. Support from teammates and parents – team chemistry – is essential.

Nothing gives an edge on the court like determination. With many players you can see it in their body language. Getting mentally down saps our determination, so a positive attitude is also essential.

John Kessel taught me to looking beyond standard drills to get more out of each practice. Andrea Salazar has been a great example of how to push players and to get them to push themselves.

Wait…what? Oh, right. I research my family history and enjoy hiking with my wife. We try to keep track of how are kids are doing in college and graduate school as we figure out what to do with our empty nest.

I have found more good friends through volleyball – both as a player and a coach – than any other activity. By far.