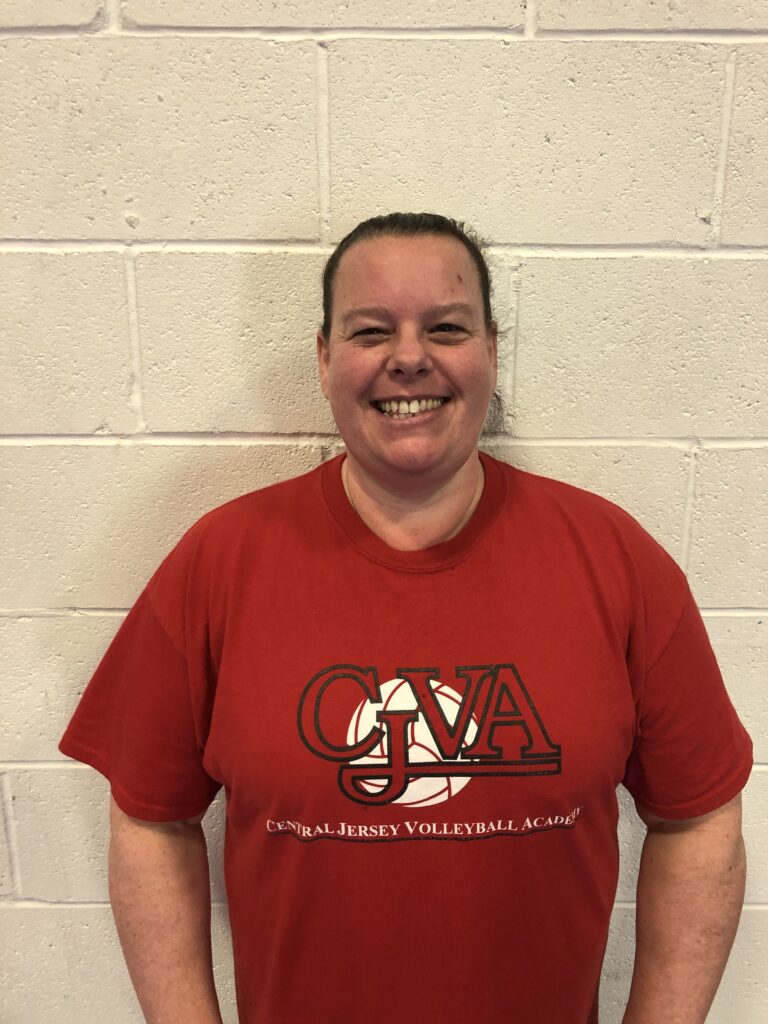 I’ve been playing volleyball since I was 13, mostly intramurals, Adult club and adult leagues. I ran an adult league at Princeton Day School for 6 years, and am a parent of a former CJVA player too! I have an education background in teaching but am currently a Planner/Scheduler for a Facility Management company. My coaching background started at CJVA in 2012.  I’ve coached at both the Regional and National Levels for both the 15s & 16s age groups for the last 8 years, as well as assisted with leagues, camps, private lessons and youth development.

As a coach, I believe that it is my responsibility to develop and encourage players to be all they can be both on and off the court.  I feel it is important for players to not rely on the skills and talent that they already have, but to strive to do and be more.  This is done by setting goals with players and as a team that are both in and out of their comfort zones, because nothing great has ever come from comfort zones!

My favorite characteristic in a player is HEART. I find that players who play with their heart and love for this game are the ones who grow the most.  They want to improve everyday, they want to do what is best for the team and they challenge themselves regularly. I am most influenced by beach player Misty May Treanor and Wisconsin Badgers Coach, Kelly Sheffield.  Both have such a love and passion for the game and always encourage their team to grow and be better than they were the day before.

I am most influenced by beach player Misty May Treanor and Wisconsin Badgers Coach, Kelly Sheffield.  Both have such a love and passion for the game and always encourage their team to grow and be better than they were the day before.

When I’m not coaching, I enjoy spending time with friends and family and traveling…anywhere that has a beach works for me!

My favorite thing about volleyball as a player is that is about being part of something that is bigger than just me. It has taught me so much about who I am off the court in my work life and the importance of working with others to make the team better. As a coach, my favorite thing is watching the players grow and watching them fight through fine tuning a skill and then…IT CONNECTS!!! There is no greater thing for me then when a player makes that connection with a skill and you just know that they too will never forget how that feels!