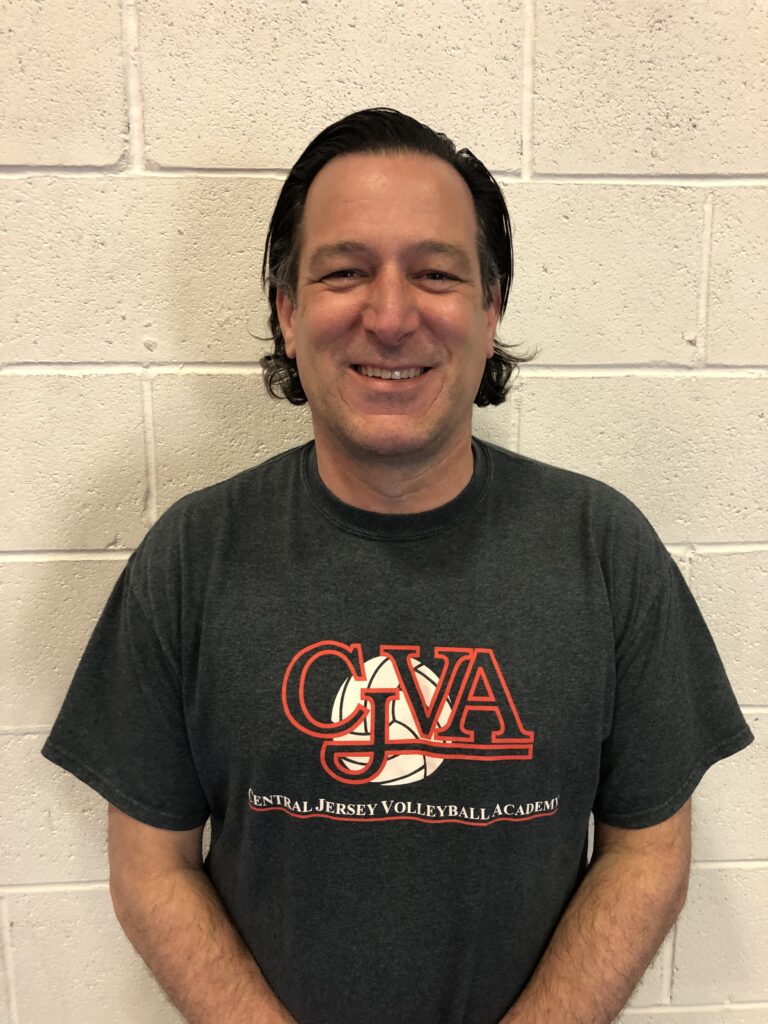 I started playing competitive volleyball in college for Indiana University of Pennsylvania’s (IUP’s) Volleyball Club.  The men’s college club program was very competitive and even allowed me to compete against strong varsity teams like Penn State, George Mason, Rutgers, and East Stroudsburg, while the East Coast College Club league was also very strong.

I have remained very active in the volleyball scene through playing, coaching (club and high school) and refereeing (AVP, Men’s and Women’s College (Division I, II, and III) and high school).

I have been coaching with CJVA for 4 years, assisting with teams from 13’s to 16’s and helping with other teams and programs where possible.  Before CJVA I coached several boys club teams, finishing as high as 15th at Open Nationals.   We had several players go on to play Division I and many others play Division III.

My favorite characteristic in a player is their willingness to try new things, and to laugh and have fun while failing on their way to succeeding.

My father was my biggest influence on me as a coach.  He was my football coach growing up and he held the entire team accountable, whether you were a starter or a sub that barely saw the field.  You were still part of the team and everything you did had an impact on the team around you – either positive or negative.

I love to play beach volleyball (I built a sand court in my back yard), wakeboard, mountain bike and ski.

My favorite thing about volleyball is that it is a game for life with an excellent community.  I have many friends that I have met through the game, see so many volleyball couples, and 2nd and 3rd generations of volleyball players.  Beyond organized volleyball, I have played all over the US while travelling, and even a few times in Europe.  It turns out that volleyball is a universal language!!!